Device: HP Mediasmart Server EX475
Problem: Worked fine from purchase in 2007 until it failed to boot up just over 4 years ago. Spent an age and a fortune on phone calls to HP support to talk me through the recovery process, which didn’t work. At which point they ran out of ideas and I ran out of money and will to live. I am now wondering if it’s possible to at least rescue some data, if not get the thing working again. I have all the original manuals, installation set-up and recovery discs.

I sent some RAID 5 hards drive to ‘Rapid Data Recovery’, who replaced some parts, but in the end were unable to recover any data. They sent this message:
‘…analysis of the medias platter surface revealed inconsistencies of the magnetic properties which could potentially be linked to the contact made between the head and platter surface resulting from the initial ‘head crash’. This may have been caused by one of several factors ranging from environmental impacts (e.g. a drop or bang) up to temperature expansion of certain components. Due to this preventative damage caused we were unable to initialise the heads long enough for a forensic scan to take place before further damage was caused to the replacement read/write heads.’
I read that you sometimes receive hard drives that have already been to other data recovery companies, because you have more advanced techniques. Is there a chance Data Clinic would be able to recover my data? 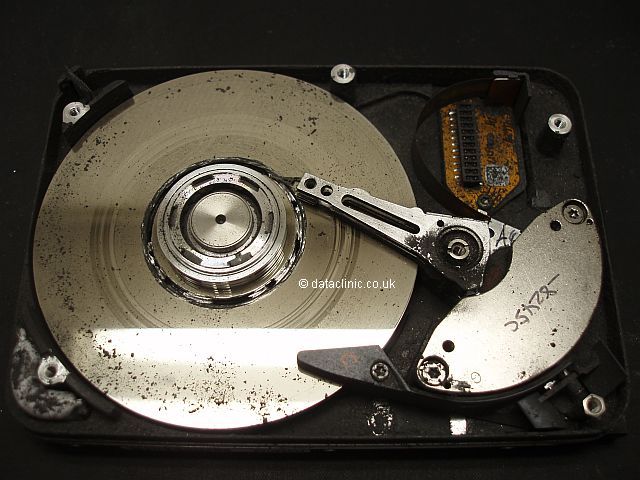 Recovering data and files from servers like the HP EX475 needs to be completed in a careful and considered way. From previous experience the company Data Clinic are probably the best RAID data recovery experts in the UK. Just Google ‘data clinic’ and you’ll find them.